Digital Single Market and Geography: Towards the Abolition of Geo-Blocking

Home / Our work / Articles / Digital Single Market and Geography: Towards the Abolition of Geo-Blocking 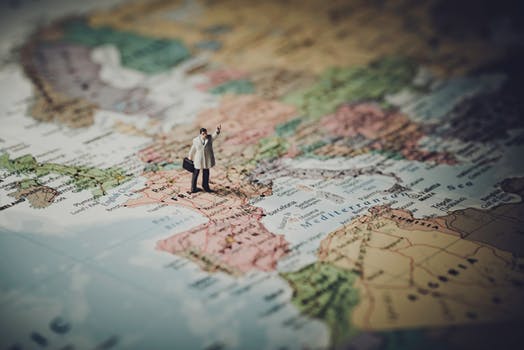 Digital Single Market and Geography: Towards the Abolition of Geo-Blocking

“Twenty-five years after the establishment of the European single market, European consumers earn their place in it.” The Regulation 2018/302 of 28 February 2018 against the “territorial exclusion” on E-commerce and services (or «geo-blocking» as it is commonly known) is here and aims to tackle discrimination in access to goods and services by putting an end to regulatory asymmetries between member countries.

The new regulation significantly reduces several often restrictions and in these terms is one of the major steps towards a true single market for consumers. However, this arrangement could be seen as fragmentary, since restrictions are not completely eliminated.

But let’s take them in turn: What do we mean by “Geo-blocking”?

It is a form of technological protectionism that restricts access to web content based on the user’s geographic location. The exact location of the user is detected using geolocation techniques, such as checking the IP address, thus allowing the system to approve or deny access to specific content.

Geo-blocking is mainly associated with restrictions on access to multimedia content such as movies, TV shows or even songs due to  intellectual property and licensing purposes. How many of you have not gotten the message “This content is not available in your country”? But this is only a certain aspect of it, since geo-blocking is even used for price discrimination in online stores. There are phenomena, where users buy online products from foreign sites at much higher prices than domestic users of the same sites. It is even likely that the site accepts a bank card only from its home country or even redirects you to an online store in your own country.

Why is it an important step?

As early as May 6, 2015, the European Union announced the adoption the “digital single market” strategy . The rationale was that many Europeans are still not able to use online services that are available in other EU countries without any explanation, or perhaps, speaking of trade, they could be transported to a domestic website with different prices. These phenomena are not in line with the idea of a single market.

From the above mentioned, we understand that the idea is simple: the consumer has access to the same prices in all products in all countries without any geographic distinction for commercial purposes. There are neither restrictions depending on nationality or permanent residence, nor does it mean to impose different pricing depending on the country of origin of the user.

The idea is correct, however the final text of the Regulation, tackles only three very specific geo-blocking cases, and more specifically:

i) Digital services, such as cloud and web-hosting, which must be accessible to customers from all over Europe.

(ii) Services provided in a particular physical location, such as car rental, which must be available to everyone regardless of location.

(iii) The sale of goods, irrespective of the Member State from which the user accesses the site.

What is left to be done?

However, as you may observe, digital services that include copyright are excluded.

Restrictions regarding digital media are not included in this round of “construction” of  the EU’s single digital market and this is due to the intense pressure from the industry of intellectual property rights and the respective protective behavior of many national governments. Products such as movies, series, e-books, video games and music were excluded from the scope of the regulation. What does this mean practically? That a Belgian site subscriber providing series and movies may have different access to content from the respective Greek user of the same site. This deduction from the scope of the Regulation allows suppliers to continue excluding  geographically the electronic services that contain copyrighted content.

The consolation is that the legislator agreed on a “review clause” of this issue in two-years time, that is  the end of 2020. Until then, the new political circumstances that will have been formed, since a new European Parliament and a new European Commission will have taken up duties, might be able to break the resistance of industry.

Undoubtedly, this regulation, which will come into effect  from December 3rd, 2018, is perhaps one of the most important steps towards a true single market for consumers. Thus, It will add to  other achievements from 2017, such as the termination of roaming charges for mobile phones and cross-border portability for online subscriptions.

The EU has been working for a long time in the direction of the digital single market, promoting  equality, pluralism and diversity, and this has been seen in practice. But who will win the final tug of war with the industry?