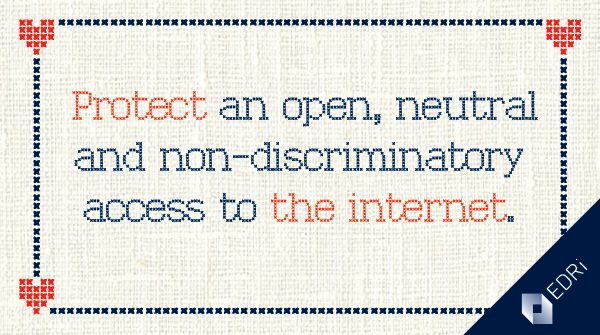 Two years since the entry into force of the new rules on net neutrality, the European Commission has launched today, the 03.04.2019 their report regarding the implementation of these provisions by the Member States.

Unfortunately, the Commission’s report on open internet doesn’t provide the necessary deep analysis, which one would have expected. Specifically, it comes, in spite of its size, to general and superficial conclusions without addressing any issues of the omissions of the concerned Member States, including our country, concerning the implementation of these provisions.

These shortcomings have been underlined to recent corresponding studies carried out by recognised organisations of civil society, such as of Epicentre.works.

As a reaction to the situation which has been established and in order to express openly the risks that arise in the European Union, concerning net neutrality, 29 organisations of civil society, Homo Digitalis included, sent today an open letter addressed to the European Commission and the Body of European Regulators for Electronic Communications (BEREC).

The letter stresses out the need to ensure in practice the protection of Internet users (natural and legal persons), in order the Internet traffic to comply with the principle of non-discrimination. The letter’s purpose is to reopen the debate with the European institutions for the upcoming revision of BEREC’s guidelines, and shall be an opportunity of improvement in the problematic situation that has occurred.

What we hope is a real digital single market that protects and promotes the open, neutral and non-discriminatory access to the Internet.

The full text of the letter is available here.