The conference was held on October 8 at the Grand Hyatt Athens and many Greek and foreign professionals specializing in the field of cyber security participated in it.

Stephanos Vitoratos at the conference

The conference took place in the context of the European Cybersecurity Month.

Keynote speaker at the conference was Mr Kyriakos Pierrakakis, Minister of Digital Governance, who announced the implementation of the ministerial decision that puts in force the National Cybersecurity Authority’s Internal Rules of Procedure.

We are delighted, as two more members of Homo Digitalis, Mr Vassilis Vassilopoulos and Mr Dimitris Patsos, participated in the conference as speakers with their professional capacity.

Vassilis Vassilopoulos attends panel on the importance of cyber security for businesses. 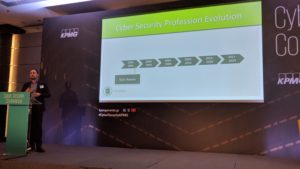 Dimitris Patsos talks about cyber security skills gap and the courses of action for Greece to bridge it. 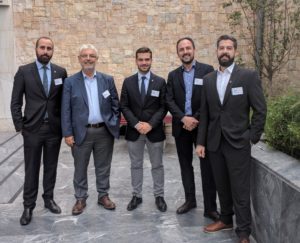 Homo Digitalis’s members at the conference