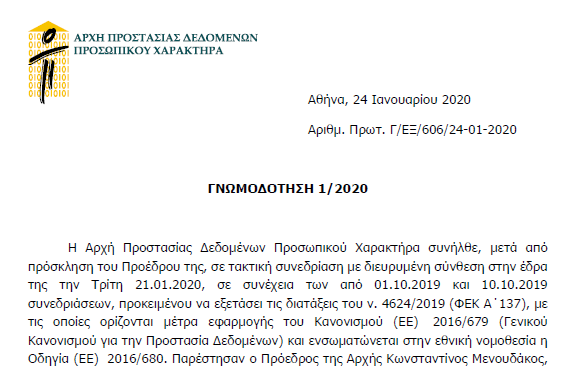 In September 2019, one month after the adoption of the law, Homo Digitalis had filed a petition to the Data Protection Authority together with the Consumers’ Union EKPOIZO, requesting the issue of such an Opinion.

The DPA’s Opinion is very thorough and underlines many important issues arising from the Law 4624/2019. We note that many of the articles, in which the Opinion refers to, were at the centre of our second complaint to the European Commission for non-compliance of the Greek Law with the European legislation. (Complaint no. CHAP(2019)03059).

The DPA notes that it shall not implement any of the provisions of Law 4624/2019, which are contrary to the GDPR.

The full Opinion in Greek is available here.